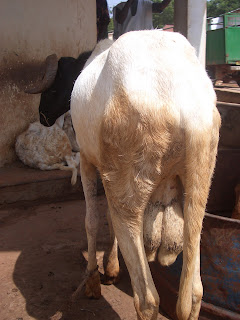 The coming week is Tabaski. It is the main happening for the Muslims (like our Christmas). Tabaski is, according to someones definition found on google: This two-day celebration is the most festive and important holiday of the year for many Muslims. On this day, celebrants slaughter a sheep to commemorate the biblical story of Abraham, who was on the verge of sacrificing his son to obey God's command when God interceded by substituting a ram in the child's place. Today, the sacrificed animal is divided into thirds and given equally to family, friends, and the poor. After several hours at a mosque, celebrants usually gather for large meals and visit with friends. Tabaski is known in other Muslim regions by different names, including Eid al-Adha (Celebration of Sacrifice) and Eid al-Kabir (The Great Celebration).
This is what I have learned about the celebration: Ram is a must for those that can effort it, and the amount of rams that is bought shows the wealthiness of a family. According to one of my friends it is stated in the Koran that one should have a male ram. If one can not afford or get a male one, a female can be bought. If one can not afford a ram, a male goat can be taken. The price for the cheapest ram is for uneducated people with a job two-three months salary. Many of my friends are worrying about how they will be able to buy a ram for their family. The more wealthy a family is, the more rams are slaughtered. The slaughtering happends outside peoples house so I have heard that it can be a bloody mess. The testicles are the main dish on the ram. According to my friend, Kemo, it is the best part.. We will be in Senegal for Tabaski and I will let you know if anyone invites us to eat testicles! (I hope so)! 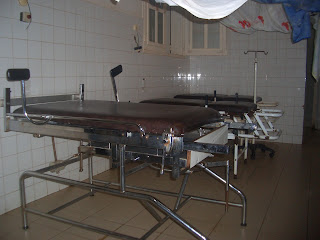 This is the labor ward by the way.. Inside this ward is where I have got most of my mosquito bites when I went to fill up my water bucket. There are sometimes cats here, and frogs are often seen. I saw the first dead baby the other day I went through.. It was a miscarriage. The baby that was lying beside it was very small and I thought it was dead partly because of the rough handling it was given by one of the nurses.. It was alive, but I don't think it would survive for long as it seemed to be too weak and small. Malaria, anemia, hard work and insufficient diet (among others) are prevalent during pregnancy and the stillbirth rate is very high. The lowest hemoglobin I have ever heard of was a pregnant women that was admitted to this hospital with 3.5. (Normal HB is 11-15, under 8 is characterized as serious anemia in Norway). And this girl was supposed to have blood for herself and the baby. She fainted on the way to the hospital. I have seen several kids being carried to the mortuary during my stay. It is so sad, because these die of diseases that the world have more than enough resources and knowledge to prevent.. 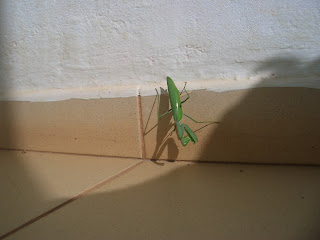 This is the coolest insect I have seen! I have no idea what it is called but it looks like an alien.
A conversation at the tailor:
Me: I want a skirt with a little road of embroidery (broderi) around the bottom.
Tailor: that sounds very simple
Me: I want it simple
Tailor: Let me make it nice and make two roads
Me: nja, I would like one
Tailor: but it will make it nice
Me: ok then, make two roads
Three days later when I went to pick it up most of the front of the skirt was covered with embroidery.
Me: It wasn't exactly like this I wanted it
Tailor: Is it nice?
Me: yes, it is nice, but I only wanted a little road in the bottom
Tailor: that would have been very simple.. 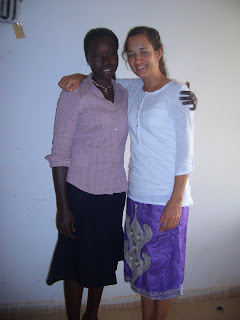 My friend Fatou, me and the skirt!
Today is my last night in Farafenni alone! The interviews are about to be finished and Maiken is coming this Friday! We will be traveling around in The Gambia and we'll be going to a national park in Senegal. (Johanna, da kommer det flere dyrebilder til deg!). Og jeg vet at jeg får norsk melkesjokolade..! We are going to enjoy unspoiled beaches, hammock and books :) More or less the rest of my stay here is a vacation so my next three weeks will be something like this..! 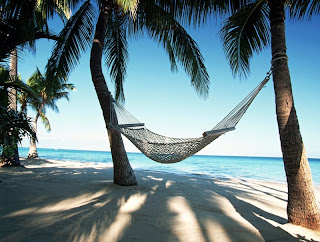